No coercive action or adverse orders to be passed if the Advocate or party fails to appear virtually before the Lower Courts, says Delhi High Court.

Functioning of the Delhi High Court and Courts Subordinate to the High Court. 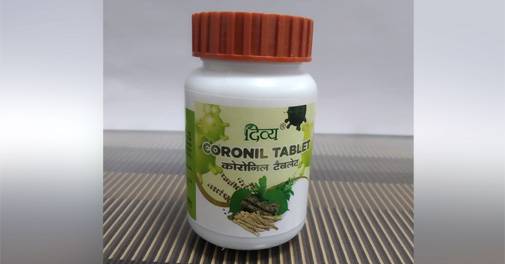 Earlier this year, Baba Ramdev’s Patanjali introduced a supposed cure for the ongoing COVID-19 virus and named it Coronil. The said tablets have been in news earlier also for allegedly not taking the proper approvals from appropriate authorities. The said tablets were again in the news when a trademark infringement application was filed before the Madras High Court by Arudra Engineering Private Limited, which had registered the trademark for ‘CORONIL-92 B’ as an Acid inhibitor product for industrial cleaning and chemical preparations for industrial use in June 1993 and have been using the same since then.

However, a big blow to Patanjali Ayurved and Divya Yog Mandir Trust, the Madras High Court on 06.08.2020 dismissed the plea and made absolutely clear that the injunction imposed on the Defendants from using the trademark “Coronil” shall remain in force alongwith a cost of Rs. 10 Lakhs.

The Judgment passed by Justice Karthikeyan stated “The defendants have invited this litigation on themselves. A simple check with the Trade Marks Registry would have revealed that ‘Coronil’ is a registered trademark. If they had, and had still, with audacity used the name ‘Coronil’, then they deserve no consideration at all. They cannot assume they can bulldoze their way and infringe a registered trademark. They must realise there is no equity in trade and commerce. If they had not done a check with the Registry, then they are at fault. They cannot plead ignorance and innocence and seek indulgence from this Court. Either way, indulgence is refused”.

It was further remarked, “… the defendants have repeatedly projected that they are 10,000 Crores company. However, they are still chasing further profits by exploiting the fear and panic among the general public by projecting a cure for the Coronavirus, when actually their ‘Coronil Tablet’ is not a cure but rather an immunity booster for cough, cold and fever.”

The Court also added that, “The defendants must realize that there are organisations which are helping the people in this critical period without seeking recognition and it would only be appropriate that they are made to pay costs to them.”

Thus, it was directed to Patanjali Ayurved and Divya Yog Mandir Trust to pay Rs 5 lakhs each to the Adyar Cancer Institute and, the Government Yoga and Naturopathy Medical College and Hospital, Arumbakkam by August 21, 2020.

Supreme Court opines that the ground that allegations of fraud are not arbitrable as a wholly archaic view, deserves to be discarded

Petitions filed in Supreme Court for seeking direction for Contempt of Court proceedings against RBI Governor, others

High Court stated that no appellate body over State Legislature’, HC dismisses challenge to the election of Deputy Chairperson of Legislative Council